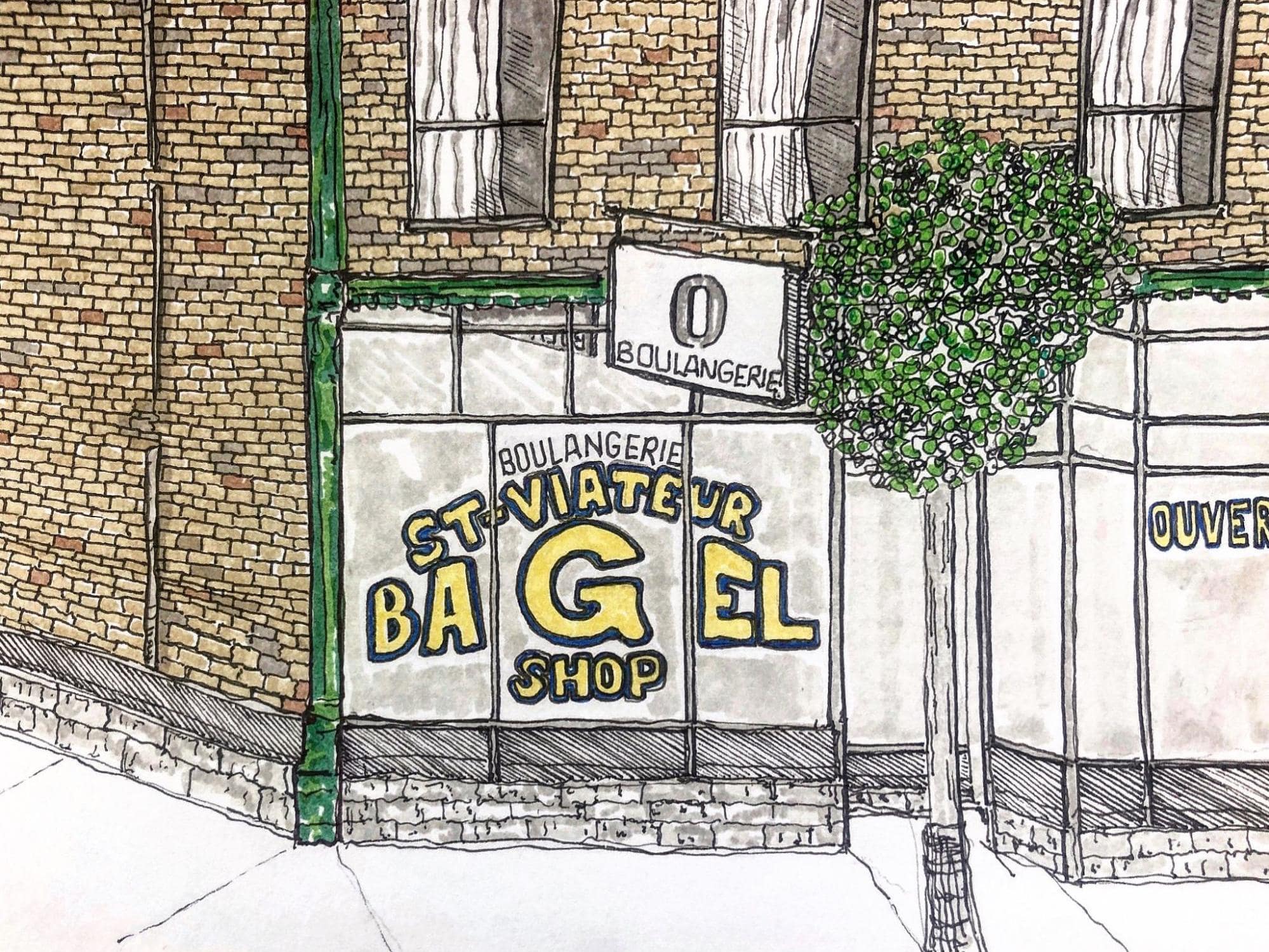 Social media has become a place where we are exposed to various types of arts, especially with the emerging energetic and contemporary artists who are leveraging the power of Instagram. Viewers who find themselves deep in Saskia’s Sketchbook page will find themselves wanting to have a house portrait done by her. Scrolling down her profile, one gets a sense of unexpected familiarity and warmth through the intimate building illustrations. The elaborate details on the bricks of the buildings offer a personalized approach to the urban landscape art. Saskia’s Sketchbook presents pieces of a city that everyone would love to live in, so I sat down with Saskia to dive into her welcoming, fun and unique world.

Saskia’s path to art was not surprising. Born to an English father and a French-Canadian mother, she has spent most of her life in London, a city full of art and architectural treasures. With the birth of her younger brother, her parents pushed her to explore beyond the walls of her home. In search of entertainment and distractions, her grandmother took her to every art exhibition and museum available. As a young child filled with curiosity, Saskia was exposed to various genres, eras and artists of art and architecture. She kept a notebook to record her captivation with the details of paintings and sculptures, allowing the seeds of Saskia’s Sketchbook to be planted during her trips to the National Gallery of London and Tate Modern.

While she kept taking art courses along with her studies through high school and university, the turning point for her art was a summer course in Italy provided by McGill University, where she had a chance to explore the history and art of Florence. Even though the Art History course was an official class with assignments and exams, she insists on how this experience was far from any class you can take, as it felt more like a dream trip for lovers of art. One of her favorite parts of the course, however, was the requirement of keeping a sketchbook. She was encouraged to take notes, and more importantly sketch her surroundings in Florence, which allowed her to observe and absorb the ever-changing scenery.  She explains, “Every afternoon, we had time off from our classes so I would just sit somewhere and lose myself in the hustle and bustle of the city. So, the first post in my Instagram is a little cityscape of Florence, and that was the first time I realized I loved this type of drawing with all the details which allowed me to imagine what is happening in these constantly moving places.”

"I loved this type of drawing with all the details which allowed me to imagine what is happening in these constantly moving places. "

Her sketches reflect her interest in showcasing the living soul of the city through architecture. While streets and buildings of Florence served as an inspiration, her interest towards urban sketching kept growing and evolving. As she visited different cities, she found an urge to sketch her surroundings. However, the Saskia’s Sketchbook we see now on Instagram ironically consists more of portraits of houses than cityscapes. After a bit of practice, she began to post these portraits on social media. “I did my mother’s house as a birthday gift and posted on my Instagram,” she stated. To her surprise, the portraits attracted a lot of attention. “That was when I started getting DMs asking me to do their house portraits as well. I would never imagine I would be doing it, but I am very much enjoying it right now.”

While stating that she loves figurative art in general, she was specifically amazed by the works of fellow artists with a similar passion for art and architecture after exploring her interest in urban sketching and house portraits. As she joyfully stands up to show me an incredible print of a Stephen Wiltshire drawing, which her parents got her for her birthday. She continued to explain what it means for her to not only own a real piece of art but also to one that allows her to dive deep into her own imagination and combine several cities in one drawing.

Moved by the details of his work, Saskia points out the therapeutic and communicative aspects of art that allowed Wiltshire to express himself with his autism. She is particularly interested in enhancing the familiar feelings that these structures evoke for the viewers, while giving equal attention to their precise architectural details. She does not aim to depict the building exactly as it is and instead, chooses to focus on the details of the houses, such as bricks and signs with vibrant colors, which became a signature feature in her work.

For her work right now, she is quite inspired by contemporary artists like Phil Dean. She states that he is essentially the king of urban sketching and finds him incredibly talented for the way in which he captures the energy of the most mundane scenes like a car park and depicts it with such elaborate details that animates the scene. Saskia provides a similar energy with her work as her sketches showcase the amount of energy and effort that went to creating a detailed portrait with such ease. Usually done with paper and a fineliner pen, Saskia begins with drawing the preliminary outline of the building she is working on. Afterwards, she adds the detailed bricks of different shades of brown and red. She does not use any kind of rulers or protractors to help her draw the bricks, so she spends quite a lot of her time making them as unique as possible.

She says that she loses herself in the details of her work, spending hours on the bricks of just one house. She finds the process of drawing each brick, tree branch and stones of the pathway incredibly therapeutic because as she focuses on creating unique, elaborate details in her commissions she's able to connect with the house on a deeper level. However, spending this much time, on each portrait, alongside her day job as an administrative director in a classical music festival,  has made her followers see the special work she is putting forward. Lately, her practice has been growing as she has been getting a lot of requests from all around the world from people who want to commission her to sketch a portrait of their houses or of the buildings significant to them. When I asked her how she feels about the increasing request towards her art, she explains that she is thrilled about how people are appreciating her art, and seeing the joy and happiness that it brings to her.

Anyone who peeks at Saskia’s sketches or has a chance to talk to her even briefly would be able to experience the beauty of art and architecture that she is capable of depicting. She does not only draw portraits of homes, but conveys the warmth and sincerity of happy memories that people have collected in between those walls. By accepting commissions through her Instagram page, she says she made a lot of acquaintances through her art, as people want to get portraits of their houses for happy, sad or bittersweet reasons. While some people want to give their children the house they were born in, many of Saskia’s patrons want to gift a portrait along with memories of 50 years with them to the elderly house. If you are a lover of urban sketching or interested in getting a portrait of your house or favorite building, you should definitely take a look at Saskia’s work. 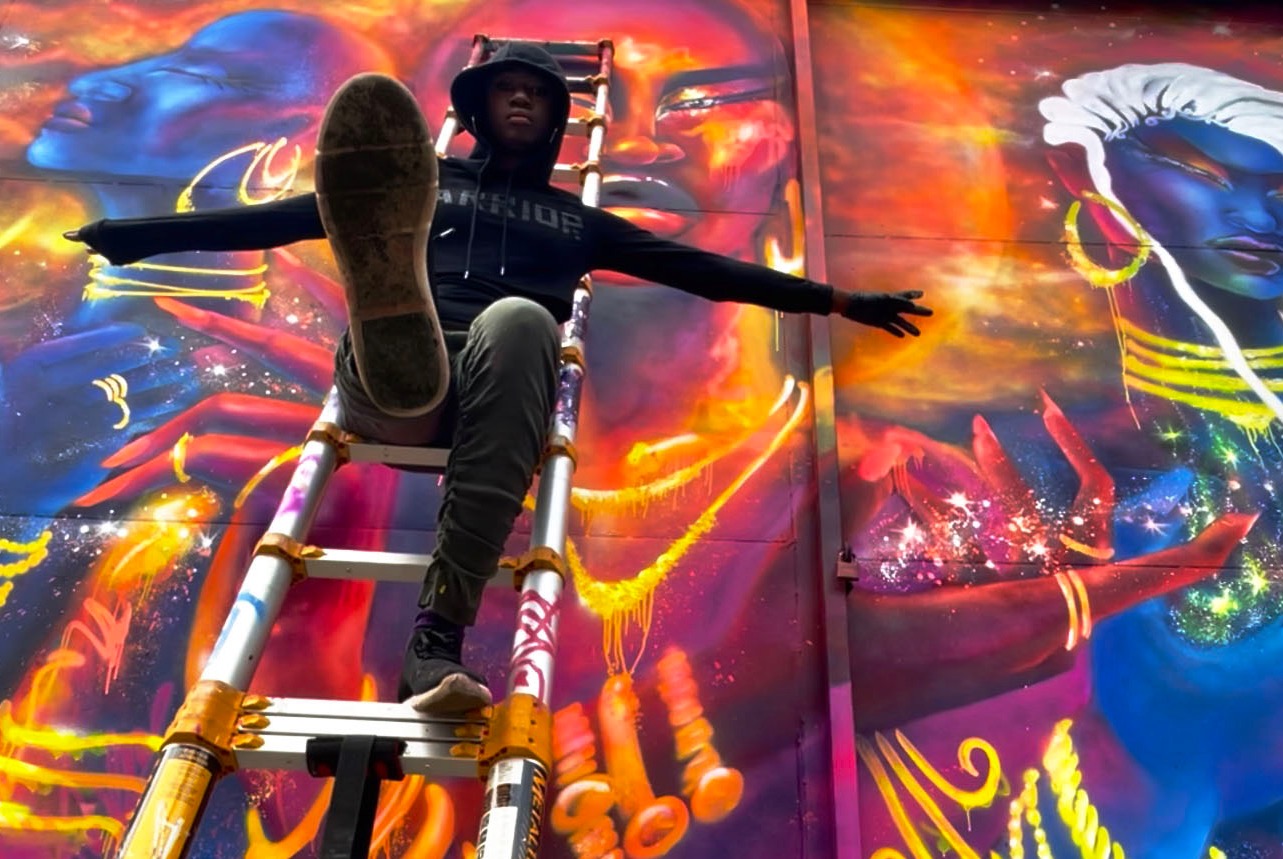 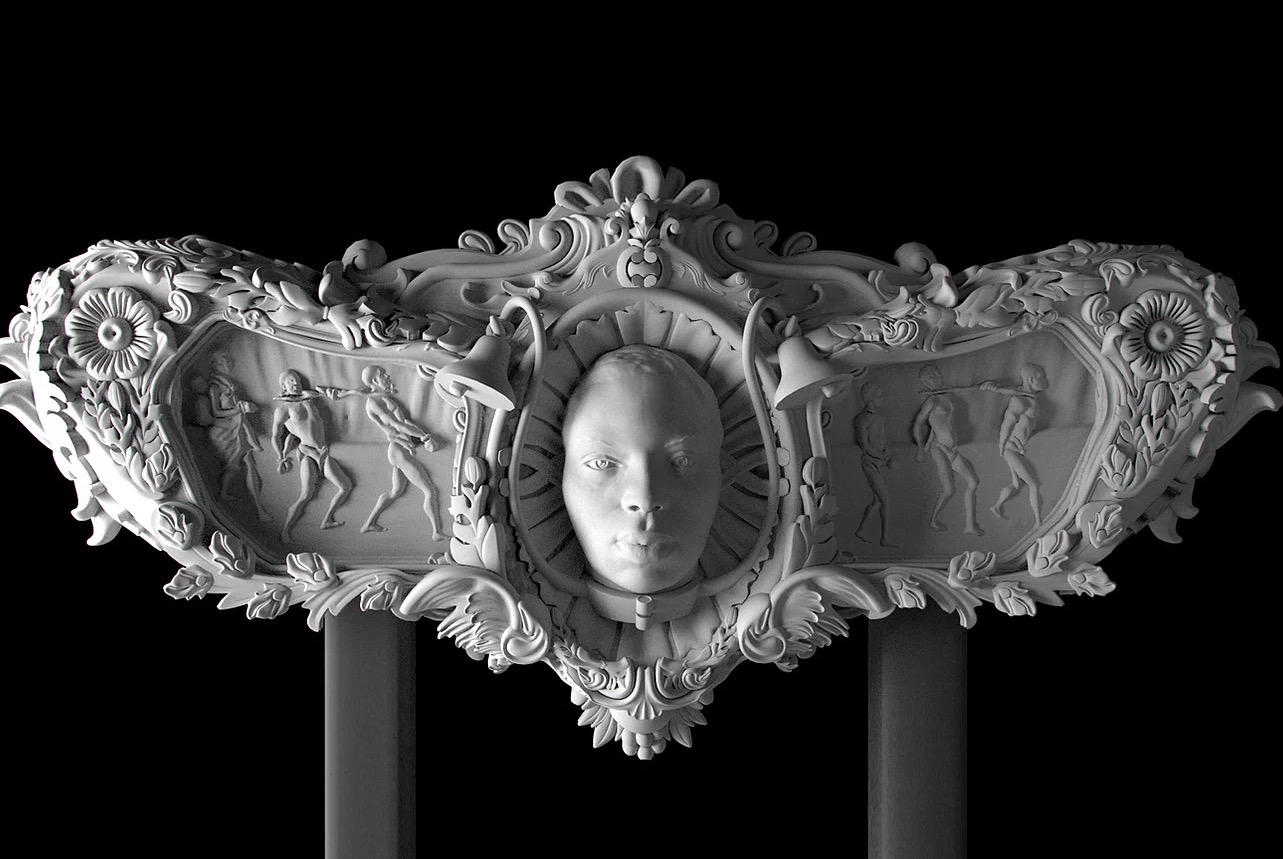