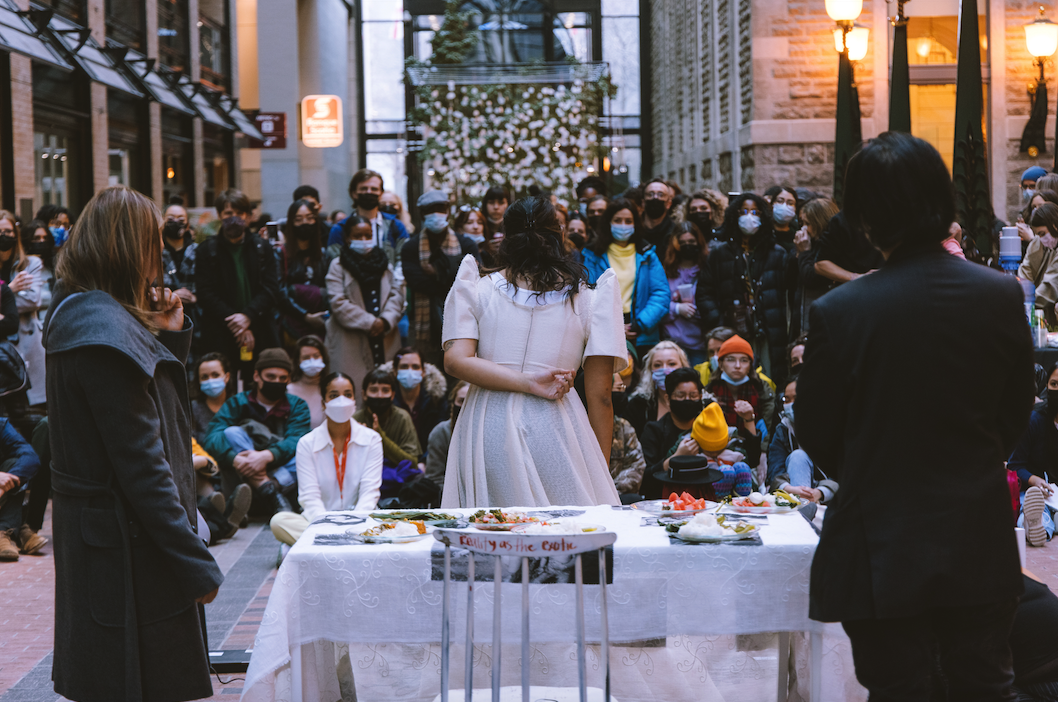 She sat back nonchalantly in her chair, sipping on her turmeric latte.  She already seemed relaxed and open. However, among the first words she said to me were, “I was anxious about this interview."

This was not what I expected to hear from Joliz Dela Peña, an artist who frequently shares her vulnerabilities with vast audiences through her performances. Given how deeply intertwined her work is with her personal experiences, I wanted to get to know Dela Peña as a person, beyond the labels often used to describe her in the media: “POC,” “woman of colour,” “marginalized body,” “immigrant,” “Asian.”  Who is Joliz? Where does her art stop and she begin?

Dela Peña is known for her work in which she shares her identity as a Filipino immigrant in Canada.  Over the past few years, Dela Peña has created works that discuss different aspects of this experience. Her sculptural performance Nilalang illustrates her feelings of loneliness and alienation as she becomes a citizen of Canada. During the finale, she puts her weight into the sculpture leading to its crashing.

This conclusion represents her hesitations about building a life in a place where she feels like she doesn't belong. Her other artwork, Ayoko Na, is another very visual and gestural performance. She created it in response to the anti-Asian hate and scapegoating that occurred during the COVID-19 pandemic.  Kain Na, one of Dela Peña’s most powerful pieces, focuses on the grief she felt being separated from her mother for a decade when her mother left her family to immigrate to Canada.  What links all these performances, she says, is her expression and processing of her suffering. Although she doesn’t want this to be her whole identity, she can’t help that her art is rooted in her experience of what she calls “unseen struggles and oppression.”

At this point in her career, Dela Peña has become more interested in keeping certain aspects of her experience to herself rather than processing all her pain in front of an audience.  She draws the line when it comes to experiences that are more hurtful to talk about, she states.  Self-preservation and privacy seem to be the current themes of Dela Peña’s career as she’s become more selective of what she wants to show her audiences.  In describing this tension, she says, “I know who I am. But in the public eye, what can I show? What can I not show?  What can I reserve for myself?”

What many fail to see as Dela Peña explores her struggles through her art is how much she’s constantly evolving and growing.  This evolution is evident in how many mediums she has worked with over the course of the past decade.  Her early career is characterized by her work with painting. Now, she has worked with sculpture, textiles, and cyanotype—a method of making prints using chemicals sensitive to UV light that results in a blue-toned image.

Her ever-changing interest in different mediums has even garnered criticism for being inconsistent. Despite her exploration of different mediums, what she remains adamant about is how much she loves performance and the way it brings together all these various art methods:

"It’s boring to be in one medium!  Performance brings all these mediums together.  I can build an installation with a bunch of paintings or mini sculptures and interact with that.  Performing is what I really like because it isn’t limited to one label.  It is all these things but mainly your body is doing the work and showing what needs to be shown."

After talking for some time, we stopped by her home and studio.  Sunlight poured in from a large window, bathing her many plants and the desk where she does most of her planning.  Performance art requires a different type of creative process from other mediums.  A lot of planning is involved, and Dela Peña—a characteristic Virgo by her own description—is suited for this; she has notebooks filled with pages upon pages of her performance plans.  She also reflects on each performance, writing what it’s like to perform and what it means to her.  This is where she showed me her current projects, including her updated version of Kain Na.

I last saw Dela Peña at the opening night of the Arts Souterrain Festival where she performed this new version of Kain Na, a Tagalog phrase meaning “let’s eat.”  In this performance, Dela Peña eats in front of laptops playing pre-recorded videos of her friends and family eating, showing how a commonly overlooked family ritual such as eating is disrupted when one member moves away as her mother did.

As she moved through her performance, I felt like I saw glimpses of the Joliz I met at the café, beyond the artist that she presented to the audience. In her Filipiniana—a traditional feminine Filipino dress—she walked with the same laid-back ease she carried herself with as we walked through Montreal’s Mile-End.  She sat back casually in her chair as she ate, in the same way she did at the café where we first met.  Most importantly, she looked with deep emotion at the audience, with the same gaze she had when she spoke to me about her family’s separation.  She looked as though she was going through that same “emotional rollercoaster” she had described herself as going through the first time she performed Kain Na—and what she had undoubtedly written about in her notebook reflections.

At the climax of the performance, Dela Peña burst into tears.  She walked into the audience and grabbed her mother’s hand and brought her to the table to eat with her.  She then walked to the other side of the audience to her father and siblings, and brought them forward as well.  They gathered around the table, eating together over a cloth that Dela Peña had sewn family photographs onto. Dela Peña and her mother wept, and in common Filipino father fashion—with stoicism—Dela Peña’s father patted her sympathetically on the shoulder.  It was a beautiful picture of familial reunification that many immigrant families are familiar with.  It was a simple and often underrated scene of a family eating together. Beyond that, it was something that Dela Peña had been looking forward to since her mother first immigrated to Canada and what she had not received when they reunited due to her parents’ separation.  In that moment, she was more than a “POC,” “woman of colour,” “marginalized body,” “immigrant,” or “Asian.”

She was a daughter, a sister, an artist and a human being with endless experiences and emotions that no one else could ever fully know.

I was reminded of our first meeting at the café, when I asked her, “Who is Joliz?”  With a nervous chuckle and some hesitation, she described herself as a broken person who is healing through her artistic process. I agreed that even in the little time that I’ve known her, I could see that she’s a person who seems to be constantly growing.  Eventually, after some thinking, Dela Peña proclaimed with quiet confidence, “I don’t know what I’m going to be or do next. What I do know is I’m Joliz and I’m more than just this one person that everyone really knows. Reality as the exotic. Maybe someday I can breathe a little easier as one should and not only dream of." 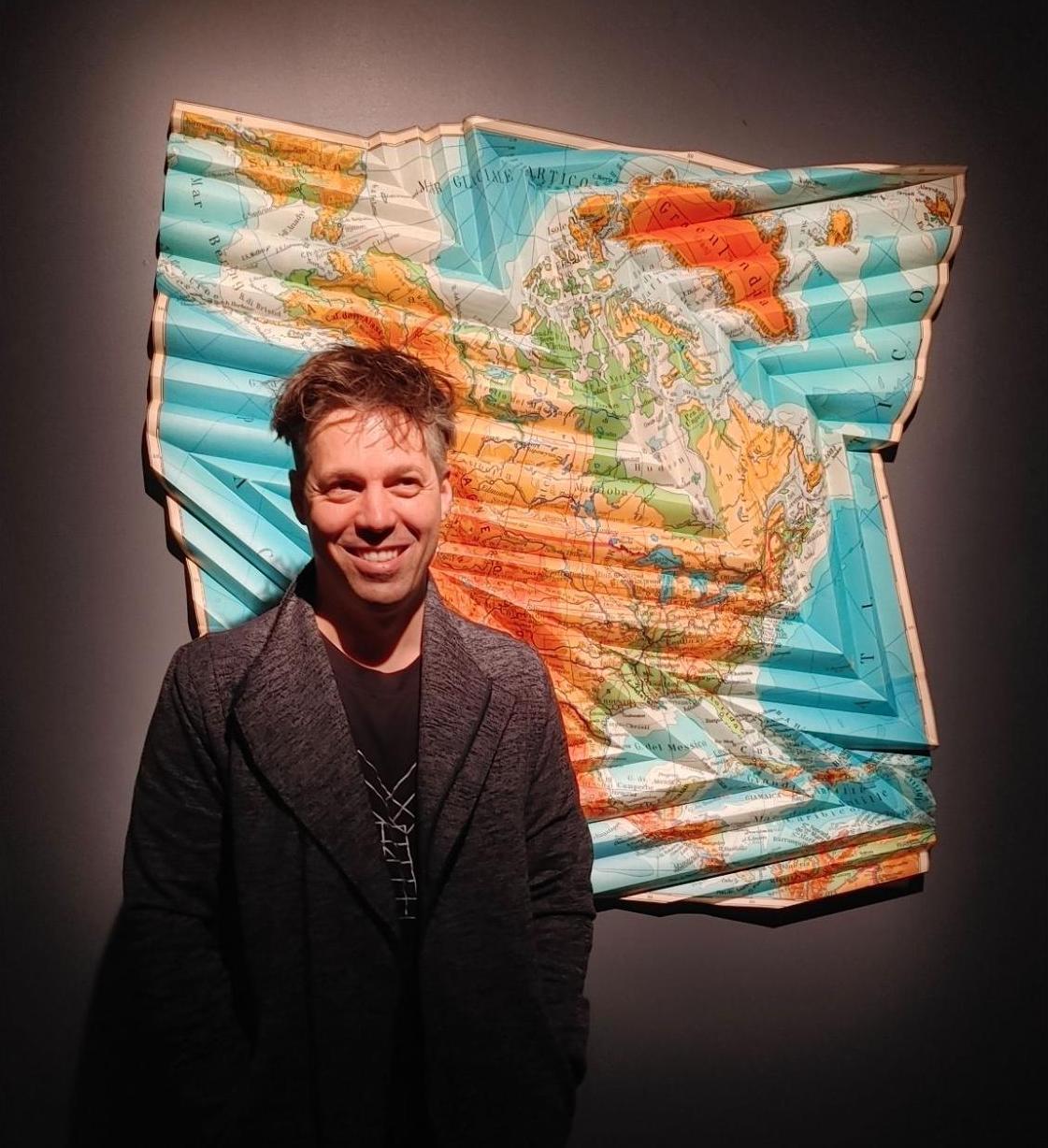 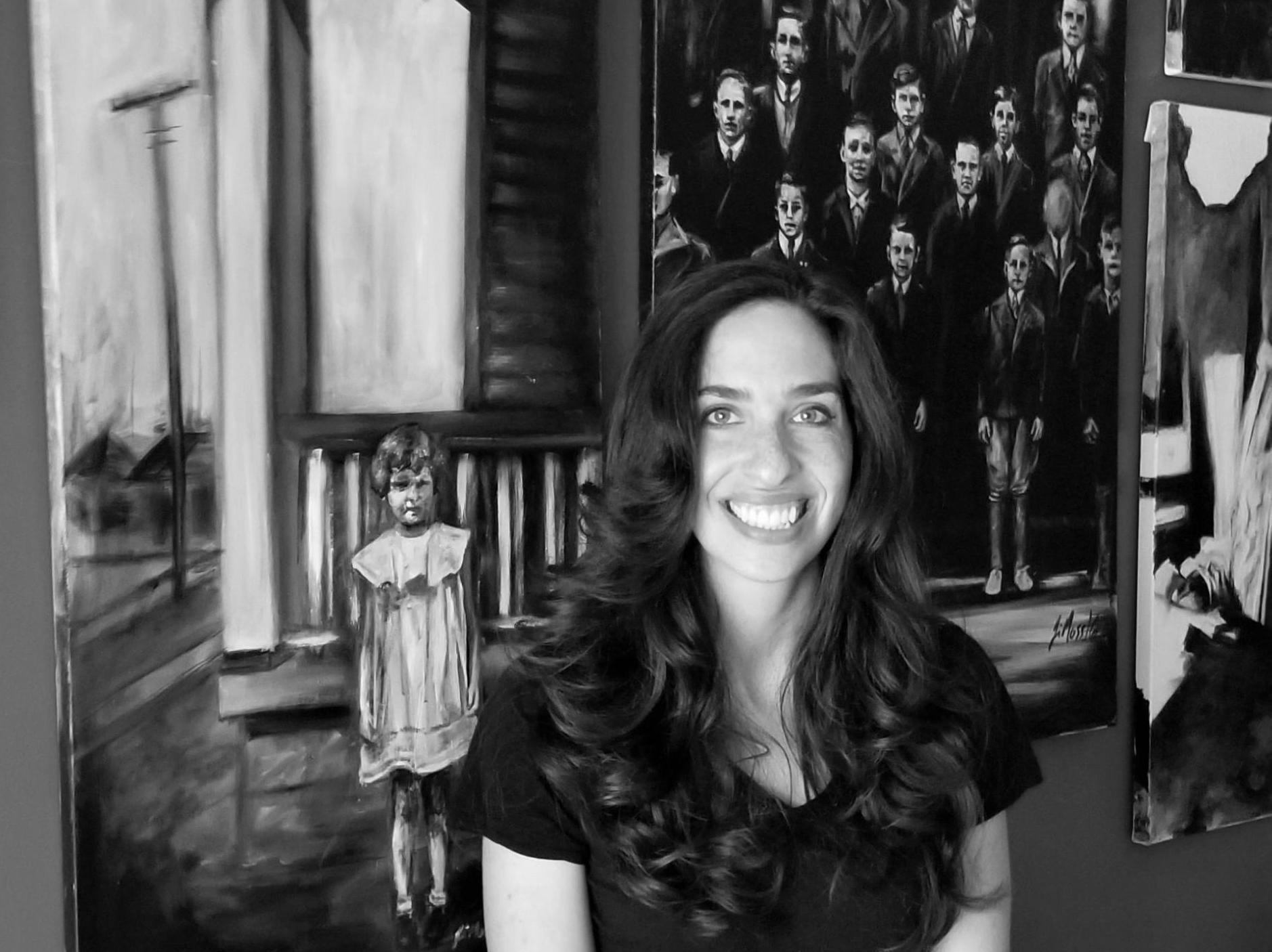